Shopping Cart
Your Cart is Empty
Quantity:
Subtotal
Taxes
Shipping
Total
There was an error with PayPalClick here to try again

Thank you for your business!You should be receiving an order confirmation from Paypal shortly.Exit Shopping Cart

The Healing Power of Mother Nature

Our staff and collective members have all come together to benefit from and bring this unique combination of quality medicinal cannabis together with the ancient wisdom and sacred geometry of the Egyptian pyramids.

Since creating this unique Fusion of such powerful healing methods we have become more and more dedicated to being the key proponents of this great healing system that we now call the Dientra System INC.

We are a collective of compassionate individuals who feel truly blessed to be able to bring you these incredible methods of healing.

The Dientra Dabbing Chamber is the world's first pyramid meditation structure with the most up-to-date and modern format of medicinal cannabis medicating: Dabbing .

Out of our products, we offer very high quality cannabis concentrates like CBD  shatter that can be dabbed, or vaporized, through any one of our most up-to-date electronic quartz Dabber nails and other modern vaping devices. Utilizing these high quality concentrates with the most modern devices and formats available, combined while cradled inside the uniquely designed Dientra Dabbing Chamber, conjures one of the most healing and meditative experiences possible. 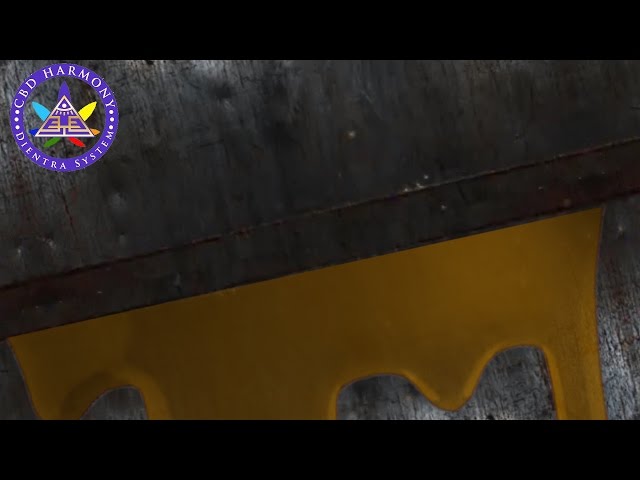 The Harmony of Mother Nature

Why Cannabis Oil Is Good For You?

Cannabis may make people think of the much-stigmatized drug we know as marijuana, but it is also one of the most versatile and health-giving plants on the planet.

What Is Cannabis Oil?

Cannabis oil is distilled from the flowers and upper leaves of plants belonging to the Cannabis genus. It is the ultra-concentrated essence of marijuana. This might set you alarm bells ringing, ability of cannabis oil to make people “high” depends completely on its intended use.

At one end of the spectrum, some cannabis oil manufacturers maintain or even enhance the tetrahydrocannabinol (THC) content. It’s the THC in marijuana which creates that characteristic and much-stigmatized “high.” These varieties of cannabis oil are more aligned with recreational users.

At the other end of the spectrum are those companies who produce cannabis oil for medicinal purposes. These companies modify the distillation process to reduce the high-inducing incidence of THC and increase the amount of cannabidiol (CBD). Cannabidiol is arguably the more health-promoting of marijuana’s two active ingredients.

How Does CBD Differ?

Unlike THC, CBD doesn’t have a psychotropic effect. This makes cannabidiol a much more viable medicinal compound. It’s also one which health practitioners are much more comfortable prescribing to patients.

A 2011study published in Current Drug Safety noted that CBD is a “major non-psychotropic constituent of cannabis” and that it “does not alter psycho-motor or psychological functions.”

Scientific literature is beginning to accumulate in favor of CBD. Here’s a look at some of the groundbreaking findings researchers are discovering about cannabis oil benefits.

Cannabis oil has properties which allow it to simultaneously release pleasure hormones and relax a troubled mind.

Research has shown that cannabis oil is also an effective treatment for insomnia. The anti-anxiety effect of cannabis oil helps many people to fall asleep faster, achieve a deeper sleep and reduce restlessness.

Many people are aware of the fact that smoking marijuana for “medicinal purposes” is a common treatment for pain. This is certainly true, but much of the pain-alleviating effects of marijuana actually come from the cannabinoids in the plant."

CBD oil and RSO products for our patients

• Help every individual member who acquires our services feel truly cared for, valued, and respected. Give every one our knowledge and experience to the best we can.

• Privilege  our clients and patients with the most highest standard of our service and quality of our products.

• Provide an education to all who is interested to obtain more knowledge, information and experience to become true advocate for medicinal cannabis.